The president of Ukraine Viktor Yanukovich signed the Decree on awarding the Dnepropetrovsk region residents “For considerable personal contribution into social and economic, research and technology, cultural and educational development of Ukraine, labor achievements and long diligent work in the industry”.

Eight representatives of the Dnepropetrovsk region have been awarded in acc to the Decree of the Ukrainian President V.Ph. Yanukovich dd. 30 November 2013 No. 655/ 2013 “On rewarding the state awards of Ukraine confined to the anniversary of confirming the Act of Declaration of Independence by All-Ukrainian referendum dd. 1 December 1991”.

Yu.V.Atanasov – Chief Executive Officer of CENTRAVIS PRODUCTION UKRAINE PJSC was among the awarded workers. Yuriy Atanasov was awarded as the Honored Worker in Manufacturing Industry of Ukraine.

Warmest congratulations to Yuriy Atanasov on this important and merited honor! 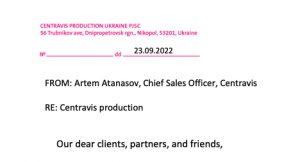 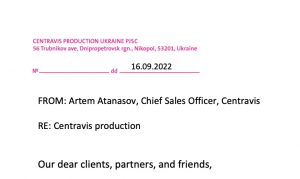 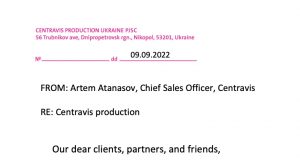