CENTRAVIS admitted as an approved supplier of supercritical tubes

In 2015 CENTRAVIS implemented a program geared towards investing in new strategic segments. Such focused investments are essential for reinforcing CENTRAVIS’ status of a leading supplier of seamless stainless products for the boiler segment. 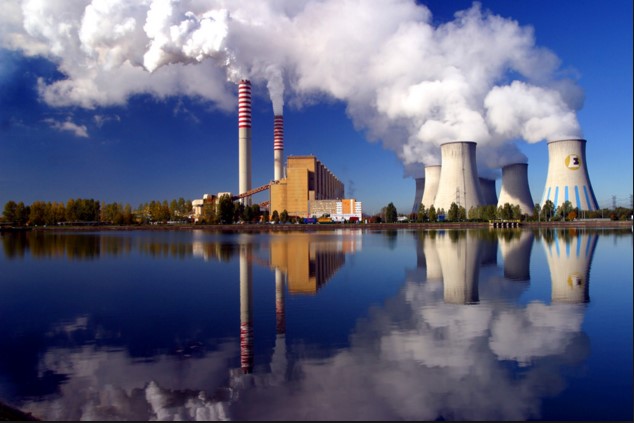 Why is this certification so important? And what prospects does it open for our Company? 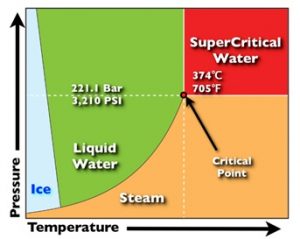 The boiler steel grades being used and well-regarded for years “do not cope” with new service conditions lacking the required scaling resistance and long-term creep – rupture strength at high temperatures and high pressures up to 760 С (1400 F) and 345 bars (35 MPa).

The development and use of new generation high-alloy steel grades for boilers: TP347HFG (1.4908), TP304HCu (1.4907) and TP310N (1.4952) have become the key to success in the design of new modern power plants. These steel grades are intended for use in almost all major projects, excluding the previously used standard products.

To be able to participate in the largest power generation projects, in particular, General Electric projects, a manufacturer must have TÜV Nord Systems GmbH & Co.KG certification followed by including the Company in the VD TUV test sheets as an approved supplier.

This certification requires successful overall tests of the products made, including long-term creep-rupture tests for 3,000 hours; 10,000 hours; 30,000 hours in the range of test temperatures from 650 С to 750 С.

Accordingly, the test duration is more than 3.5 years.

At the same time, the failure to meet long-term heat resistance criteria of at least one test sample automatically binds the production plant to replace the samples completely, and, in fact, start all tests at zero.

In addition to long-term creep – rupture tests, the VD TUV test program includes more than 20 various types of tests, such as: tensile tests at elevated temperatures, metallographic tests, a number of tests after reduction at various ratios, and others.

Tubes those have passed all the above-mentioned tests can be used for aerospace industries, not to mention boiler plants…

All tests shall be performed under TUV NORD authority with the obligatory presence of an independent inspector who has the right to reject even samples achieved the required criteria, however, have an insignificant strength margin for using in supercritical steam boilers in the inspector’s opinion.

As part of testing according to VD TUV Supercritical test program, CENTRAVIS has successfully passed 3 such inspections over the last 4 years!

In order to develop the optimal technology for the cold finished tubes of TP347HFG (1.4908), TP304HCu (1.4907) and TP310N (1.4952) steel grades, a series of comprehensive laboratory tests have been performed by R&D in CENTRAVIS’s laboratory. Developing the final heat treatment – the key and decisive process to ensure the final mechanical and technological properties, and as a result, lifetime/service life of final product.

During the painstaking and scrupulous work of our metallurgists, more than 500 testing samples have been tested…

The developed technology has been successfully integrated in the production process jointly with the production department’s to produce and prepare testing samples for subsequent testing according to VD TUV test program.

The long-term creep-rupture testing is a decisive test for certification. This test has been performed in TECHNISCE UNIVERSITAT DARMSTADT (Germany) – one of the few specialized institutions authorized to conduct this test.

The tests have been conducted on strictly certified equipment using testing samples with complicated configurations: 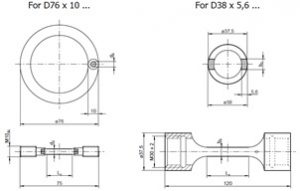 Based on careful studies of test results, as well as our detailed explanations about designed technology, TÜV Nord Systems GmbH & Co.KG has recommended VD TUV to include CENTRAVIS in the lists of the approved suppliers of “supercritical” boiler tubes for all declared steel grades.

The final approval has been made based on the results of VD TUV’s Research Boiler Board. The complexity of the approving the final decision guarantees accepting of only those companies that have an advanced equipment, technologies and knowledge.

Obtaining the supercritical certification provides CENTRAVIS with enormous potential in terms of increasing in sales and market share in the boiler segment, as well as competitive growth through participation in global projects on construction and maintenance of supercritical power plants (combination of high temperatures and pressures above 221 bars)!

To date, there are only 4 companies in the World (and our Company is among of them!) having the right to produce and supply products of TP347HFG / 1.4908 supercritical steel grade according to Vd TUV 547 –  the most difficult to produce in terms of providing a set of properties, but at the same time the most  requested among customers: 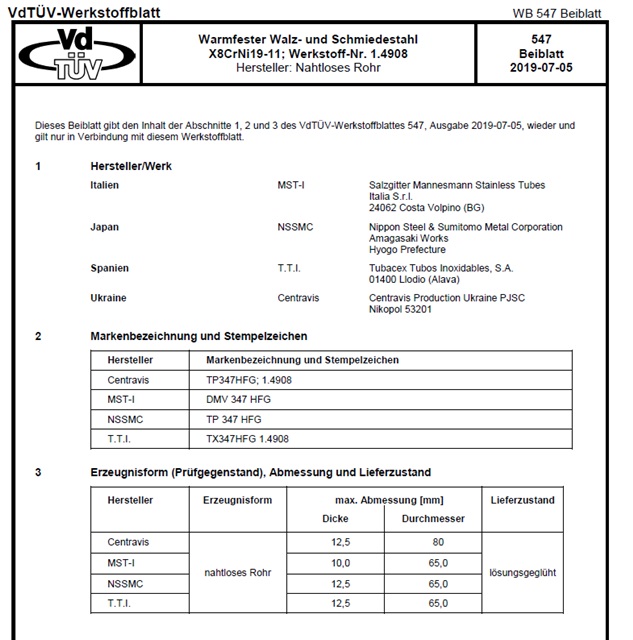 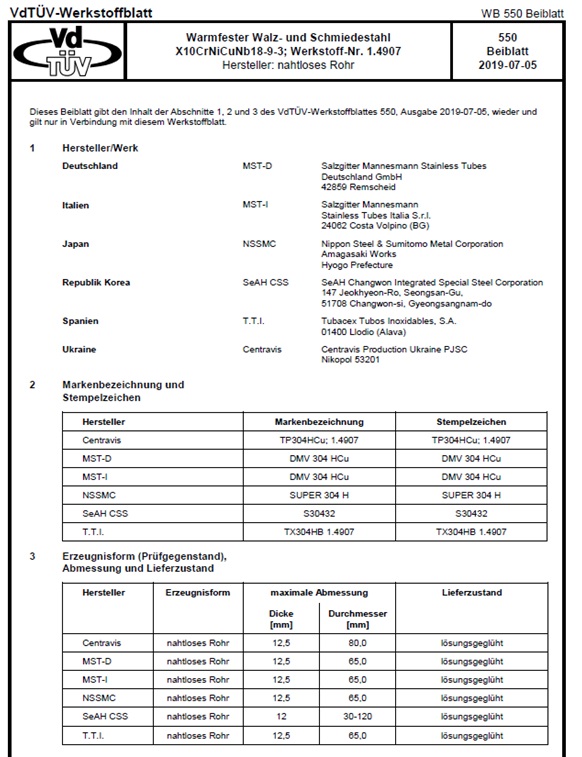 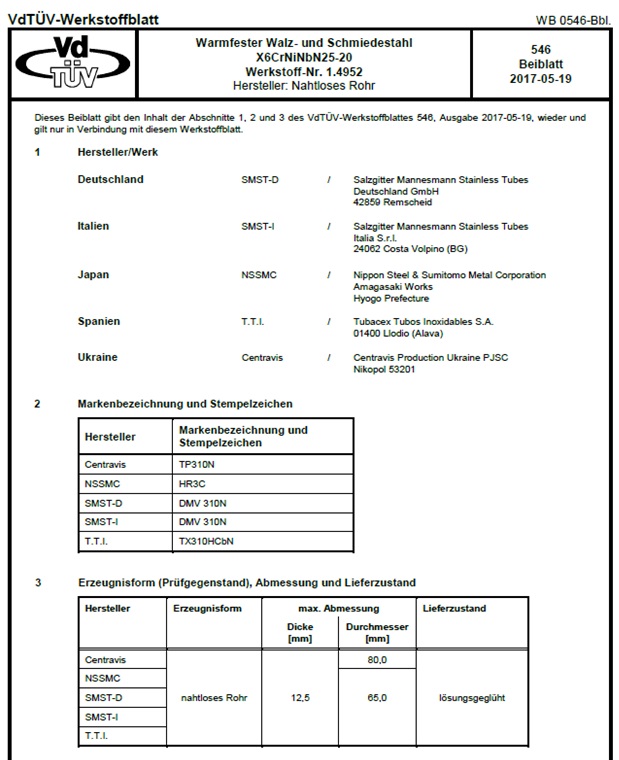 There is a growing trend in the applications that use seamless tubes made of the above stainless steel grades providing replacement of standard boiler steel grades.

The annual demand for these steel grades is 29 thousand tons (according to the SMR forecast), and “Supercritical” certification opens up excellent prospects for our Company!

The well-coordinated team effort made by the R&D and the production departments were instrumental in successfully completing the task. It is also a good example of how shared values contributed to reaching the common goal.

If you suspect you may have COVID-19

How does CENTRAVIS meet the spread of COVID-19?