Company management is currently focused on HS operation in order to ensure the necessary production capacity and steadiness of operation. According to the Company strategy 2017 increase in sales is primarily foreseen by hot formed products. CENTRAVIS has already invested a lot in hot production modernization during 2006 – 2009 to ensure planned growth. The Company is currently focused on getting benefits from these investments by further finished tube output increase.

Extrusion line operation will be changed to 24-hours schedule in the fourth quarter of 2013 enabling thereby output increase at least by 15%. Now the team is staffed and undergoes production training.
“We are confident that by further hot extruded tubes range extension we can keep offering our customers in European and American markets highly competitive products and attractive delivery terms. Therefore we are looking forward when the fourth team will be able to operate in full “- says Vyacheslav Erkes, Sales Director, CENTRAVIS.

Briefing on Hot Shop Tubes & pipes of 5 segments are produced in CENTRAVIS Hot Shop: general tubes & pipes, boiler tubes, furnace tubes, Ni-alloys tubes and hollow bars. 50% of HS final products are exported to the CIS countries, about 40% – to the EU, and 10% – to North America and other markets. HS final products are used in nuclear power and thermal power industries, chemical and oil refineries, in aircraft and other industries. In 2006 in HS was set up a large-scale redesign project with extrusion line replacement by the new extrusion line – more efficient, installing of the new extrusion press 4400 ton force, changing process flow and replacing mostly finishing equipment. In 2009 new equipment was fully in operation. In 2010 Extrusion Line 1 gained its target capacity. Total investment in hot production upgrade in the period 2007-2010 equaled over USD 50 million.

Looking for “our” people – by spirit, values, motivation – is a key challenge for any company. 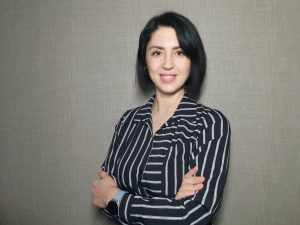 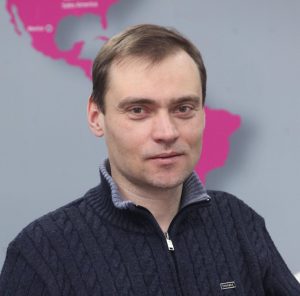