Centravis had a good 3rd quarter of 2014, again over-achieving its objectives. Sales volumes increased by 20%, and net sales went up exceeded 2013 figures by 15%. Both gross profit and EBITDA improved, resulting in substantially higher margins. A better product mix, full recovery of VAT and continued effects from the UAH devaluation were major reasons for much better results.

Figures for the first nine months of the year are equally encouraging. Order intake was 20% higher than last year. Sales volumes increased by 14%, and net sales went up by 5%. Both gross profit and EBITDA improved significantly.

While working capital remained well under control, repayments to banks were being continued. Satisfactory arrangements for debt restructuring allowing for repayment over a longer period could be concluded with all banks concerned.

Future months will be challenging, in light of a lower EUR and, in particular, a much lower RUB. The UAH value has been kept steady for the last few months and is expected to remain at present levels, at least short-term. Also order intake has slowed down, after strong inventory replenishments in earlier months and on the background of weakening economic expectations in several markets.

The Company’s Board had a first round of discussions on an update of the company’s strategy, with special focus on further volume growth, productivity improvement and efficiency gains. 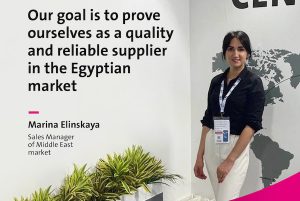 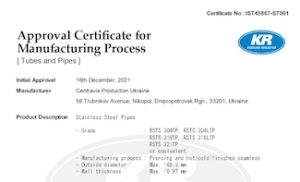